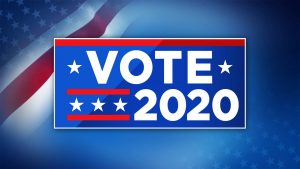 It’s that time again, when the U.S. electorate has a chance to vote for its Presidential leader for the next four years. Incumbent President Donald Trump faces off against former Vice President Joe Biden on November 3, 2020. Without question, the differences between the two candidates are stark. The current situation has generated plenty of phone calls, emails and conversations with clients about how best to adjust investments given the uncertainty of the coming election. In this edition of Financially Speaking, I will take a closer look at this election and the effect on investments of U.S. elections. As always, comments and opposing views are welcome.

Donald Trump is the current president as elected in 2016 with his defeat of Hillary Clinton. That election result came as a surprise as overall polling showed Clinton in the lead. In the end, Hillary won the popular vote (due to large populations on the two coasts) but Trump won the election through the electoral college, a system designed to guarantee that smaller states with smaller populations would not be under-represented.

In the end, Trump won and many believe it had to do with his business background and not being an establishment politician who might make Washington D.C. work better. Donald Trump retains that non-establishment label and some still believe he can improve Washington D.C. (Trump has a steady base of support of about 35% of the U.S. population). Former Vice President Joe Biden on the other hand is the epitome of an establishment politician, having been a U.S. Senator from Delaware for 36 years who then became Vice President to President Barack Obama for 8 years. That’s well over 40 years as a Washington D.C. politician. Biden supporters feel this is exactly the kind of experience a good President needs (Biden also has a strong base of support of 35-40% of the population). Supporters of Trump say that given his long political time, Biden deserves some responsibility for Washington’s (perceived) bad track record. From my view this election seems to focus much more on this basic difference in the candidate’s history than on more substantive policy issues. Although Joe Biden has made clear he feels Donald Trump has failed the American people in a variety of ways, exactly what he would have done differently or better is less clear. Trump on the other hand continues to repeat his issue of Joe’s long time as a politician using his favorite one-liner – “I’ve done more in 47 months than he’s done in 47 years.” Personality wise, the stark differences continue. Donald Trump comes across at times more like a reality TV star than a President. He’s very willing to say things most politicians would never consider saying and he seems capable of sending most media personnel off the deep end. His speaking often seems off the cuff with facts treated as optional. Biden on the other hand is generally calm and cool, and represents himself as being a gentleman and promising diplomat (Trump’s diplomacy skills are in constant question). However, Biden has a well-recorded track record of verbal “gaffs” and he sometimes appears to have less-than-ideal mental acuity. Current polling indicates Biden to be leading the race. Trump’s recent COVID-19 diagnosis could throw his entire campaign, and the expected debates into turmoil. Personal sentiments aside, I wish him a speedy recovery.

OK, that may be a good summary of the current election situation, but what does it all mean for investments? Truthfully, this question comes up every four years, in part because each election seems to get framed as being crucial to the future of our country. The historical truth is actually far less dramatic. For starters, elections do impart a certain degree of uncertainty (and volatility) to markets because no one is sure who will win (2016 being a great example of unexpected results). But this uncertainty doesn’t last long, generally about 30 days before and after the election, then things tend to go back to normal (whatever the normal at the time had been). Elections induce strong emotional response from investors. Some overreact to this emotion, while others try to play the uncertainty by shifting out of riskier assets and into more conservative ones to avoid the volatility that can caused by uncertainty. Hoping to then get back into the markets when they settle down. This is classic market timing and has been proven beyond any doubt that it is nearly impossible to time correctly. When to get out, and when to get back in are very difficult timing questions. Being off by just a few days or weeks can make a big difference in the result. In the past 85 years there have been seven Democratic and seven Republican Presidents…and the market has trended up under all of them, with no clear leadership from either party. Staying invested has proven to be the best strategy. But why do markets tend to settle down after around 30 days? Well, it’s important to remember that the founding fathers built our Republic on the concept that government change was slow and difficult. Even if a President enjoys full-party Congressional support, it takes months to craft legislation and go through the voting process to implement it as law. A great example is when Barack Obama was elected in 2008, taking office in January 2009. Democrats had majority control of both the House of Representatives and the Senate. They started work almost immediately on the Affordable Care Act (ACA) and it still took until March 2010 before it was signed into law.  If a President does not have full-party Congressional support, it’s far more difficult and results less guaranteed. This helps explain why markets normalize fairly quickly because regardless of the election outcome, political change will be slow, if it happens at all. The current Senate has a slight Republican majority and some believe this election could result in control going to Democrats. For that reason, I suggest that this year’s election might be as critical in terms of the U.S. Senate results as those for President. Trump has had four years of support from a Republican Senate and that has helped Trump accomplish certain things that the Senate controls (not least of which are Supreme Court nominations) but the Democrat controlled House of Representatives has stalled or halted the Trump agenda whenever possible. Regardless of who wins the Presidential election a big key to lawmaking will come down to the Senate, who has majority, and by how much. Personally, I’m paying as much attention to the Senate race as I am Presidential.

The bottom line here is that elections come and go, and Presidents come and go. We get very emotionally attached to the people and the issues they represent, but in the end elections have precious little effect on the markets and investments. There may be some volatility along the way due to the uncertainty, but always remember that volatility can go both ways. In 2017 after the Trump inauguration the markets sustained a rally that lasted to the end of that year. Staying invested is the best way to live through the uncertainties.