After a very rainy and cold spring here in CT, the weather has very much turned in favor of warmth and sunshine.  It’s been a very nice summer so far, though it’s hard to believe how quickly it is passing.  We are enjoying the summer while we can and not even thinking about fall for now.  I hope you all made it safely through spring and are enjoying summer as much as we are.  Stay cool.

Sandra and I attended the Warner Theatre Gala again this year and, as always, it was a wonderful event.  The time and effort that goes into the planning and execution of it is very impressive.  We had some good laughs, met more than a few good people, and spent more on auction bidding than we expected - which is also standard procedure every year.  But, it’s for a great cause and we couldn’t be happier.  To learn more about the Warner Theatre please visit their website at www.warnertheatre.org. 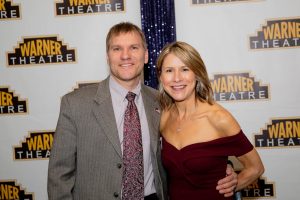 The markets were surprisingly strong in the second quarter especially considering the strong first quarter.    The U.S. S&P 500 index was up +4.35%.  The international market index was up +3.68% and emerging markets were less exciting, only up +0.61%.  Global ex-U.S. fared well at +2.98%.  Bonds did quite well with the U.S. aggregate index up +3.08% for the quarter.  Short-term treasuries also did well at +1.46% for the quarter.  For most markets, the second quarter started in the positive direction, but took a turn for the worse in early May.  This appeared to be related to the breakdown in trade talks between the U.S. and China.  By the beginning of June, the markets seemed to recognize that the U.S. and China are using the trade talks as a political tool to send messages to both their own political base, and their trade rival, for maximum effect.  The S&P 500 index hit a new all-time high on June 20, 2019.

The Federal Reserve (Fed) did not raise interest rates in June as some expected.  My thought is that this was a good call by the Fed.  Although there are some signs of slowing in the global economy, the U.S. continues to have a strong economy.  Politically, we’ve seen the continued evolution of the 2020 U.S. Presidential campaign, though it is still too early to know where it will go.  We have many candidates on the Democratic side all vying for attention and screen time.  Soon it will be about all we’ll see on the TV.

It is looking more and more like the Fed will lower rates as we move into July.  Comments coming from Chairman Jerome Powell have been more dovish (meaning: a lower interest rate bias) than what we heard in March.  With the most recent annual Gross Domestic Product (GDP) coming in at +3.2%, and unemployment at a fifty-year low, I’m not sure I fully understand the dovish tone.  While I’m open to the idea that interest rate increases might be put on hold while we continue with trade negotiations, lowering rates is a step in the opposite direction.  The U.S economy, while not as strong as it was in 2017, is still strong, and we’ve just hit the milestone of this being the longest economic expansion in U.S. history.  My best guess is that the Fed’s tone may be in response to the slowing global economy mentioned earlier, and being cautious about the steps they might need to take to avoid recession.  The trade skirmish with China continues with no clear indications of a solution.  Don’t expect one anytime soon.  The trade issues with China are substantial and middle ground is limited.  But while both sides are willing extract and tolerate some pain, neither side wants to push the global economy toward recession.  The bravado and bullying will continue.

My investment strategy is to add exposure to U.S. large value stocks and short-term bonds.  I’m reducing exposure to small cap stocks and long bonds.  I will continue to underweight international investments and overweight emerging markets.  And I will eliminate the equity long/short position in favor of alternative investments in real estate.